K2 Base Camp Trek is considered one of top treks on the planet! K2 basecamp trek is an arduous and challenging but yet rewarding trek, the best trekking expedition of Karakoram. This trek is also called as Baltoro Glacier Trek & Baltoro Concordia Trek by mountaineering and trekking fans around the globe. K2 Base Camp trekking primarily involves trekking along rocky mountain trails, along the lengths of Baltoro Glacier and Godwin-Austin Glacier; Baltoro Glacier is about 63 kilometer, world’s 5th longest non-polar glacier.

This Trek is accessible from Pakistan, the trek offers once in a lifetime experience for walking wanderers and nature admirers to spend time with the mighty mountains. K2 Base Camp Trek offers the chance for you to spectator above four 8000 meter high peaks which includes Broad Peak (8,051 m), Gasherbrum 1 (8,080m), Gasherbrum 2 (8,035 m) and K2 (8,611 m) peaks. It also presents an opportunity to witness several other beautiful peaks between 5,000 to 8,000 meters. This includes other known peaks such as Gasherbrum 3 and 4, Masherbrum, Trango Towers, Uli Biaho, Mustagh Tower, Mitre Peak,Crystal Peak, Marbel Peak, Biale Peak, Lobsang Spire, Urdukas Peak and Cathedral Peak etc.

After 10-11 days of trekking along with bumpy mountain trails of Karakoram, you would get a chance to stand at the  basecamp of the mighty K2 and definitely win the title of an intrepid trekker.

You would have a choice to select K2 Base Camp standard trek or you would choose to continue via Gondogoro LA circuit; Gondogoro is a difficult pass for extreme trekkers who would get a chance to experience the breath-taking views of all four 8000ers of Baltoro region which includes K2, Broad Peaks, Gasherbrum 1 and  Gasherbrum 2.

Considering the weather conditions or infrastructure problem you would be offered a different date/ tour package or a full amount would be refunded. You should reserve your spot for k2 basecamp trek for coming season for free of cost. This king of all treks in Pakistan starts from 1800 USD.

DO NOT PAY NOW – PAY LATER!

– Departure Islamabad 3.00 am
– Islamabad to Chillas via KKH by Van
– Breakfast at Abbotabad
– Lunch at Naran
– Break at Lulusar & Babusar to
– Reach Chillas
– Night stay in Hotel in Chillas
-ELEV: 4150

Days 13-18 choose between standard K2 Base Camp Trek or continue via the K2 Gondogoro LA circuit for extreme trekking to get breath-taking views of all four 8000ers of Baltoro region (Gasherbrum 1, Gasherbrum 2, Broad Peaks & K2).

-Reserved day at Khuspang (In-case of bad weather on La, this would be utilized)
Elev: 15372
-O/N:Camping

K2 Base camp trek has a lot to offer you; here is a list of key HIGHLIGHTs of the trek:

What is Included in this Trek?

What is Not Included in this Trek? 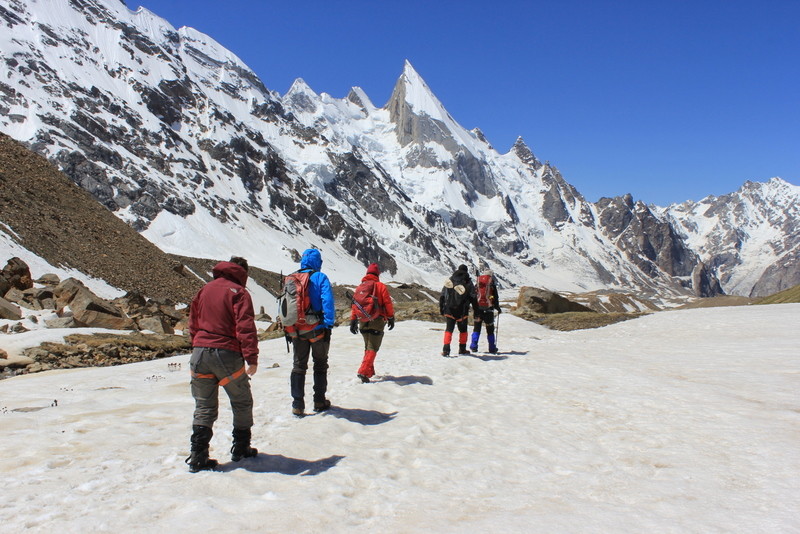 Amazing trip ever ! I would say if you have 3 weeks free and found of adventure signup grand mountains basecamp trek,highly recommended this experienced team
I will never regret this trip to Pakistan on Great Karakoram mountains.

we had been with Trip Top Tours for K2 basecamp trek, they are extremely experienced and professional people.
their hospitality and seriousness impressed us, they make trekking very easy for us!
Highly Recommended!!! 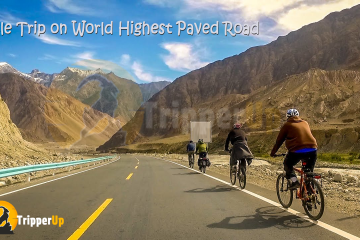 Cycling Trip on World Highest and Oldest Routes in Pakistan

This trip is especially designed for the 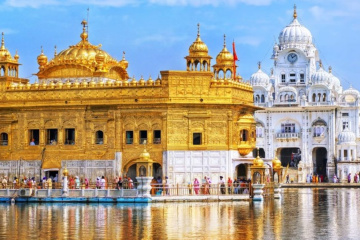 There are about 130 important historical Sikhism